Could the correct operation of a safeguard cause a new risk?

During HazOp we consider what could go wrong with the process, and the safeguards we have in place to prevent that. We also consider the consequences if our safeguards don’t act to provide protection. But what about when they do operate? Could the correct operation of a safeguard cause an incident? 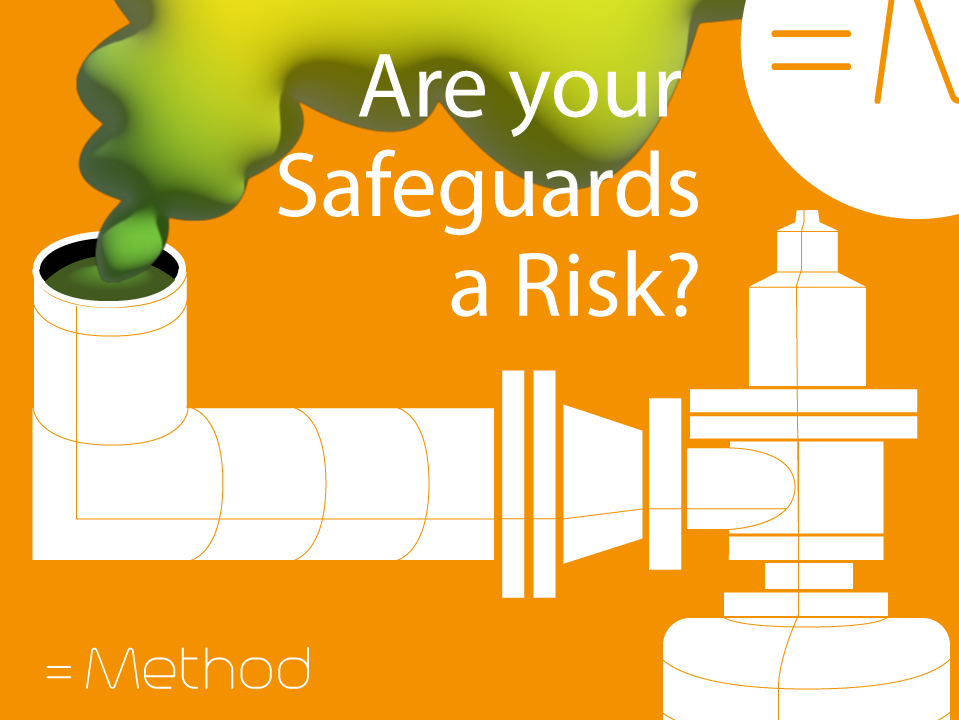 You’ve done your HazOp and are confident that you have all the right safeguards in place. However, is it possible that those safeguards could also be causing risks in their own right?

It is as important to consider safeguard activation as it is to consider their failure, and to take appropriate action to ensure your process remains safe under all circumstances.

Based on a true story

“Are there any more causes of overpressure?” asked the HazOp leader. The team’s silence was gratifying – all of the causes so far identified were well protected by the dual redundant relief system installed. Whilst there was always the chance of a runaway reaction on this process, if the worst did happen, the solvent vapours would be relieved to a safe place – after all, that’s what you’d written on the P&ID, right?

“OK, so we have assessed the likelihood of the relief valves not working, and we have good protection against vessel rupture” said the facilitator, “but what happens when the relief valves do lift? Won’t the vapours released be both toxic and flammable?”.

Oh no, that sinking feeling – you never even thought about that!

Recently, the =Method team have come across several incidences of vents and relief valves discharging to unsafe locations, including:

We also came across a bursting disc which discharged through the roof of the plant, and at high level. The original plant designers had assumed that this was safe. However, modelling showed that because the vapours released were heavier than air, on a still day they would fall to ground rapidly. This had the potential for both on-site and off-site medical treatment cases.

Another example of this issue was a control system (BPCS) interlock which prevented an actuated valve from being opened under certain circumstances. When the plant malfunctioned, the right response was for the operators to open the valve, but the control system would not allow them to.

Whilst control system interlocks can be very useful, it is important to make sure they won’t cause any unintended consequences, particularly during startup, shutdown and abnormal operations.

It’s Not Easy Being Green

It is not uncommon for equipment installed for environmental reasons to cause safety issues. Often this equipment is bought from specialist vendors who know their equipment well. However, they may not be told the full details of the process, and that can cause a hazard. Some examples:

The tendency here is for HazOp teams to only be thinking about the environmental consequences if abatement equipment fails, and to therefore miss the safety consequences if something abnormal happens upstream which puts the abatement equipment outside its safe operating envelope. This is a classic example of where the team as a whole have all the knowledge they need, but unless there is effective communication between the different team members, hazards can be missed:

Diagram 1 HazOp Team Knowledge Gaps. Although the team as a whole should have the information needed to keep the plant safe, everybody has knowledge gaps. Good communication is key to gaining a shared understanding and hence producing a good HazOp.

It’s just as important to assess if there is a hazard when safeguards do work as it is to assess the risk of them not working.

Talk about this issue in more detail

You can discuss this, and a number of other important topics, with us at the =Method 2022 Roadshow. These in-depth discussions will take place at the NEC during the CHEMUK show, and at other online events during 2022. See our Roadshow web page.

This article will be a key topic at our FREE Roadshow taking place Live Online in June / September and at the NEC May 11. Reserve a place at the Roadshow.

Definitions of Process Safety terms used in this article

A device which opens when the maximum safe pressure for a piece of equipment is in danger of being exceeded, and vents that pressure, to protect the equipment. Relief valves typically use a disc held closed by a spring under compression. When the pressure in the vessel overcomes the force exerted by the spring, the disc ‘lifts’, thus relieving the pressure.

A bursting disc (sometimes also called a rupture disc) may be fitted to equipment as alternative to a relief valve. When the pressure in the equipment is in danger or exceeding the maximum safe pressure, the disc “busts” open, relieving the pressure.

HazOp stands for HAZard and OPerability study. This is a systematic method for examining a process to understand both how it operates and how it might go wrong.

In a classic HazOp study a multi-disciplinary team is asked questions like “could anything cause high pressure in this vessel?”. If the team identify causes of high pressure, they are then examined to understand what the consequence of high pressure would be, if it is hazardous, and if so, what safeguards are required to prevent that from happening.

Modern process plants are typically computer-controlled by a “BPCS”, or Basic Process Control System. Best practice is to keep the basic process control independent from any dedicated safety systems installed.

The operator is able to monitor the plant and control functions remotely by using an “HMI Panel” (human-machine-interface computer screen) of some kind.

“Safeguard” is a generic term used to describe the control measures in place to reduce the likelihood of an incident.

Examples of safeguards include:

ATEX is short for the French term, “Atmospheres Explosives”. This is the name commonly given to two European Directives for controlling explosive atmospheres and the equipment used within them.

(An explosive atmosphere is defined as a mixture of dangerous substances with air, under atmospheric conditions, in the form of gases, vapours, mist or dust in which, after ignition has occurred, combustion spreads to the entire unburned mixture.)

The European ATEX Directives were implemented in the UK under the “Dangerous Substances and Explosive Atmospheres Regulations” (also called DSEAR) issued in 2002 and updated in 2015.